Cisco: Unbox the Full Potential of Your Hybrid Cloud

Think about Uber and AirBnB – classic and often-cited case studies of businesses who completely redefined their entire industries by creating an experience that was simpler, faster, more intelligent and far more cost-effective than anything that had existed before. This platform experience is the basis for the explosive growth we’ve seen in public cloud over the last decade and a half – and it’s an experience that’s been relatively elusive to the on-prem world until recently.

The main reason for this is that building the same platform experience on-prem that exists in the public cloud is no easy feat. Simply put, very few organizations have the tens of thousands of engineering resources it takes to make it happen. All those engineers convert the acres of sheet metal, miles of wiring, and pallets of processors, memory, storage, and other componentry into consumable services…vast pools of resources that they can tap into on-demand for the workloads they want to run or build in the public cloud.

That’s a tough model to emulate, and it’s a struggle that organizations no longer face alone. Because that’s the operating model Cisco is building for both sides of hybrid cloud. My vision is a world where an organization’s entire infrastructure – across on-prem, public clouds and the edge – operates with the same simplicity, agility, and intelligence we’ve come to expect from the cloud, and the scale necessary for our infrastructure and operations to keep pace with the demands of our applications and the people who use them.

Cisco is not only making that possible – we’re making it easier. Imagine one hybrid cloud platform that provides the automation, observability and cloud-native capabilities necessary to keep business, technology and teams connected while delivering the best digital experiences now and in the future. That’s what being “cloud smart” is about. And this week, Cisco is announcing a series of innovations across our portfolio of SaaS-delivered capabilities and cloud-optimized infrastructure to turn our cloud smart vision into a reality for our customers. 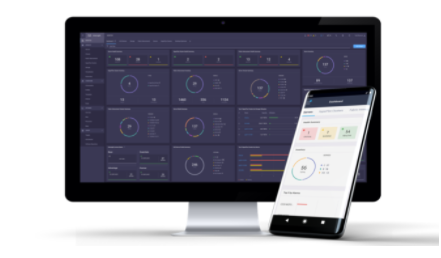 And now, with our Future Cloud announcement, we’re moving up the stack to bring forward three new capabilities:

We are delivering all this innovation with an eye towards helping our customers manage their on-prem and public cloud estates in a unified way. There’s a lot of reasons why organizations may need to run workloads on a private environment, including performance, latency, physical security. And historically, that meant sacrificing the operational simplicity that’s available in the public cloud.  Not today. Because today we’re announcing Cisco UCS® X-Series, our next-gen computing system that’s completely managed by Cisco Intersight.

The UCS X-Series is the first x86 system exclusively designed for the age of hybrid cloud and the coming decade of industry innovation in computing. A first-of-its kind platform blending the best of rack and blade systems, the X-Series is built for operations from the cloud and across the clouds, helping businesses improve operational efficiency, agility and scale with workload balance and versatility.

UCS X-Series can be assembled from the cloud, shaped to workloads, continuously optimized, and integrated with the public cloud. With over 600 cores today and headroom for the high-powered components you’ll need over the coming decade; all new X-Fabric technology that operates at nano second latency, enabling over 35 million IOPs of traffic and easy future proof upgrades to emerging fabrics like CXL, optical interconnects and whatever else is coming.

Our engineering team rethought everything: power distribution, physical layout, cooling and airflow – making X-Series a smart choice for a sustainable future and a smart choice for higher performance. In other words, the X-Series is THE hybrid cloud compute platform for the next decade.

I could write this entire blog post about the incredible engineering that’s gone into the most future-ready, versatile system ever delivered. There’s an entire webinar on June 15th dedicated to it, and it’s one you won’t want to miss. Because this new system is so much more than a box. In fact, we’re calling it the UN/Box. By making Cisco UCS X-Series part of the Cisco Intersight platform, we’ve built the world’s first cloud-smart system that’s ready for all disruption we see coming on the horizon.

Let’s UN/Box the future together.